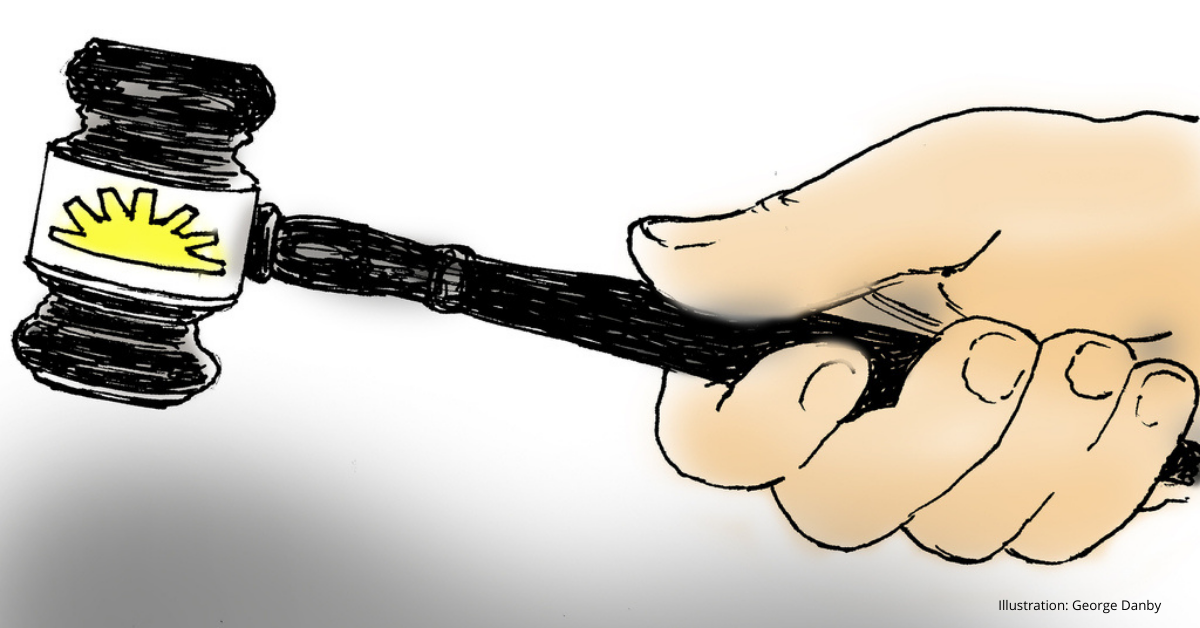 In this guest editorial in the Bangor Daily News on Oct. 8, 2021, Chief Clarissa Sabattis of the Houlton Band of Maliseets and Chief Kirk Francis of the Penobscot Nation share why passing LD 1626 is the only way to truly honor Wabanaki tribes.

Due to a 40-year-old settlement called the Maine Indian Claims Settlement Act, the Wabanaki tribes in Maine generally have more restrictions on our rights than the other 570 federally recognized tribes across the country. The settlement resulted from a federal lawsuit, based on claims from the Passamaquoddy Tribe and the Penobscot Nation in the 1960s and ‘70s, that Maine had illegally taken two-thirds of the state’s land from the tribes in direct violation of federal law.

Ultimately, in 1980, the Passamaquoddy Tribe, Penobscot Nation and Houlton Band of Maliseet Indians’ land claims were settled out of court through settlement agreement and a state statute, the Maine Implementing Act. At the time our tribes believed we would be partners with the state and not be treated as wards of the state. Our tribes believed we would be able to reacquire the land promised in the laws, build our tribal governments, and uplift our communities and economies.

The federal settlement act says that any law passed by Congress for the benefit of Indigenous tribes after 1980 does not apply in Maine if that law would affect state jurisdiction, unless Congress specifically includes tribes from Maine. If Wabanaki tribes are not specifically included then we do not benefit while the other 570 federally recognized tribes do. Since 1980 there have been 151 beneficial laws for Indian Country. These laws run the gamut from protecting Wabanaki women from the epidemic of violence against Indigenous women to protecting the environment and access to clean drinking water.

Maine has interpreted the state law, the Maine Implementing Act, as placing the tribes under the thumb of the state. The intent of the federal and state legislation was for the tribes and the state to work together and resolve issues that the settlement act could not foresee. This is why the Maine Indian Tribal-State Commission was created. But unfortunately the commission has not played this intermediary role between the state and tribal sovereigns. So what has happened instead?

For more than 40 years, the tribes and the state have been in costly litigation. The state has opted to paternalistically maintain, and aggressively defend, the relics of its colonial power over the tribes. And what has this done? It has done lasting harm to rural communities by interfering with the tribes’ ability to provide basic government services, to pursue economic development, and to leverage the benefits and funding provided by federal law.

As just one example, the state’s treatment of the tribes has encouraged foreign mining companies to target Maine due to perceived lack of indigenous rights.

This July, Ron Little, the CEO of Wolfden Resources, a Canadian mining company, stated in a presentation to investors, “there are no indigenous rights in the state of Maine” and that this lack of Indigenous rights “streamlines the permitting process.”

In all other states, tribes have a seat at the table and are able to work with the federal, state and local government to create mutually beneficial outcomes. In Maine, we are faced with a government that has consistently fought our efforts to protect the environment and now we have this. We should not have to fight a foreign corporations to protect our lands and clean water. Yet, this is what we must do because the state is largely ignoring Wabanaki rights.

Our sovereignty, our right to self-determination, our ability to grow as a community, ended in 1980 and the pain persists today. The tribes could not have foreseen the distress future generations would have to live under because of the settlement act.

We personally were only children at the time. We are not here to debate the intentions of the people who sat around the table in 1980. We are here to say that now — more than a generation removed from the Settlement Act — the law must be modernized.

The Maine Legislature has investigated and reviewed the Settlement Act and is on the cusp of approving meaningful change that will place the tribes in Maine on similar footing as tribes across the country. There is currently legislation, LD 1626, in Augusta which would remedy much of what ails the tribes in Maine.

LD 1626, if passed, will show that people understand, trust and appreciate the tribes in Maine. When this legislation is passed and, we hope, signed by the governor, we can all truly celebrate Indigenous Peoples Day. Until the system is changed, Indigenous Peoples Day does not honor the Wabanaki tribes.