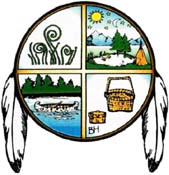 Before contact with Europeans, the Maliseets occupied much of what is now considered the eastern border line of the U.S. and Canada in northern New England. After the Jay Treaty in 1794, the Maliseets obtained free border crossing rights between the two countries because their villages spanned both countries.

In the early 1970s, some Maliseets and members of other tribes not living on recognized reservations banded together to form the Association of Aroostook Indians, which eventually allowed them access to federal and state programs.  The Houlton Band of Maliseet Indians (HBMI) has been federally recognized as a government by the United States of America since October of 1980. This federal recognition gives HBMI a unique government- to-government trust relationship with the United States. In turn, recognition entitles the Houlton Band to many services provided to Indians by the United States of America, including health care through Indian Health Services (IHS), housing through the United States Department of Housing and Urban Development (HUD), and the ability to govern its own tribal affairs.

The Houlton Band of Maliseet Indians is comprised of some 1700 members and is led by a Tribal Chief. A smaller band of the larger Maliseet Nation of New Brunswick, Canada, the Houlton Band calls the Meduxnekeag River home. The Maliseets are river people who have traditionally been hunters and gatherers in the St. John River basin, of which the Meduxnekeag is a tributary.

The river itself is prized for its brook and brown trout populations. Currently, HBMI has farm and commercial land holdings in Aroostook County. Much of the land borders a significant amount of the Meduxnekeag, a critical link in preserving tribal practices, traditions and history.