Tribal Issues in the News

We track local, state, and national news coverage and editorials about issues important to the tribes in Maine, and have included excerpts from recent articles below. For more news from the Wabanaki Alliance, visit Latest News on our homepage, our Archive, or follow us on Facebook and Twitter. 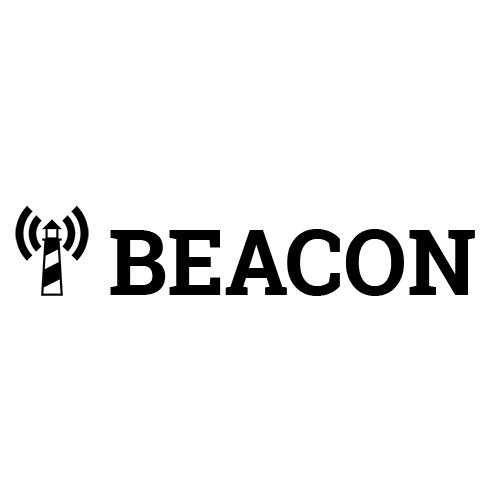 The U.S. House on Thursday passed a bill that, if ultimately approved, would ensure the Wabanaki Nations are no longer excluded from federal laws that benefit other recognized tribes around the country. The bill, sponsored by U.S. Rep. Jared Golden of Maine, received bipartisan support, passing on a 329-101 vote. The measure was included as part of a package of amendments added to the National Defense Authorization Act by a 277-150 margin, Golden’s office said in a news release.

The Maine Idea: Tribes have waited too long for governors’ respect
A guest editorial by Douglas Rooks, a Maine editor, commentator and reporter since 1984, and the author of three books.

Gov. Janet Mills isn’t cruising to re-election, but she’s in an increasingly strong position. The Supreme Court’s Dobbs decision obliterating abortion rights in many states, forcing women’s health clinics to shut down services overnight, plays to her strengths. She’s a co-founder of the Maine Women’s Lobby, with a strong pro-choice voting record throughout her career. Her principal opponent, Paul LePage, has been reduced to near-incoherence, satisfying neither pro-choice or right-to-life voters and apparently wishing the whole issue will go away, which it won’t. So it might be a good time to lean back, consider carefully, and take her foot off the brake when it comes to the rights of Maine’s Indian tribes.

Bill to give Wabanaki tribes parity under federal law advances

The House Natural Resources Committee today advanced a bill to give Wabanaki tribes in Maine the same access to federal laws and protections that benefit nearly every other federally recognized tribe in the country.

Sponsored by Congressman Jared Golden and cosponsored by Congresswoman Chellie Pingree the Advancing Equality for Wabanaki Nations Act would update federal law to allow tribes in Maine to receive the same benefits as their peers.

Bill to give Maine tribes benefits of federal laws advances

A House committee on Tuesday advanced a bill that would allow Native American tribes in Maine to benefit from future federal laws, despite a state land claims settlement. Wabanaki tribes in Maine are governed by the Maine Indian Claims Settlement Act of 1980 that stipulates they’re bound by state law. That sets them apart from the other 570 federally recognized tribes. The federal bill won’t change the state settlement, but would update federal law to give Maine tribes to benefit from federal laws going forward.

Gov. Janet Mills has signed an amended version of a bill to provide members of the Passamaquoddy Tribe greater access to clean drinking water. The governor signed L.D. 906 just 10 days after tribal members staged a rally outside the State House in Augusta demanding that they be given access to better drinking water. Demonstrators said the tribe’s current source is unhealthy and unsafe. Under the law signed Thursday, the Passamaquoddy Tribe at Pleasant Point will be able to drill wells on sources of groundwater located on tribe-owned land without seeking state approval.

PORTLAND, Maine (AP) — A Passamaquoddy Tribe reservation in Maine has been granted authority to regulate its drinking water, opening the door to greater sovereignty. Gov. Janet Mills signed a bill into law on Thursday that gives the Passamaquoddy Tribe at Pleasant Point the right to secure clean drinking water by drilling wells on tribe-owned land and working with the U.S. Environmental Protection Agency instead of state agencies. The tribe has long been frustrated by poor water quality that sometimes caused brown liquid to flow from faucets at Pleasant Point, also called Sipayik.

Governor Janet Mills may have been sharpening her veto pencil for the Passamaquoddy Tribe’s drinking water bill when legislators removed the bill from her office on April 19 and amended it, in order to address the governor’s concerns. The amendment that was then approved by the House and Senate clarifies jurisdictional issues that the governor had raised. Mills then signed the bill on April 21.

In historic appearance before Congress, Maine tribes urge that future federal laws apply to them

The leaders of the four Wabanaki Indian tribes in Maine appeared jointly before members of Congress for the first time in more than 40 years on Thursday, testifying in support of a bill that they said is necessary to restore their tribal sovereignty.

“Maine tribes have repeatedly been blocked, by  voters and by state government, in efforts to enter the gaming industry. This continued exclusion has not been fair. So as lawmakers consider a bill that would give tribes control of a new mobile sports betting market, we view this as a potential rebalancing of a situation that has historically left them behind.”

Tribal leaders, other groups testify in support of bill to overhaul controversial 1980 agreement

Lawmakers heard more than eight hours of testimony on Tuesday in support of a bill that would dramatically change a decades-old agreement between the state and tribal nations in Maine. The hearing comes at a time when the Mills administration has been negotiating a separate proposal with tribal leaders.

In February of 2020, leaders of tribes in Maine stood before state lawmakers to support a series of recommendations aimed at restoring tribal sovereignty. Two years and one global pandemic later, many of those tribal leaders were back – albeit virtually – along with more than 1,000 others who submitted written testimony in support of a bill to overhaul the state’s relationship with the four tribes in Maine. The bill, LD 1626, has also garnered support from a broad array of organizations, including religious coalitions, environmental groups and other nonprofits.

Maine Voices: Mills should stress action, not words, in committing to tribal sovereignty

“We need action – not self-congratulatory words or feel-good references to Maine’s ‘first stewards’ that completely gloss over the many ways our state continues to keep the Wabanaki people under its thumb as if they were no more than municipalities. Passing L.D. 1626 would be the best way to fulfill the governor’s pledge to ‘recommit ourselves to our shared home and future with respect and trust for one another.’”

Find links to other news coverage of the Indigenous Peoples’ Day Rally for Wabanaki Rights at the bottom of this post.

Penobscot Nation Tribal Ambassador Maulian Dana said the change from Columbus Day to Indigenous Peoples’ Day remains a cause for celebration. But she and other leaders also said it is time for meaningful changes that would give tribes more independence under Maine law.

Our View: Indigenous Peoples Day is a time to look back and ahead

“Symbolic action, however, cannot be the only action. It’s time for meaningful reform to parts of the 1980 land claim settlement that, while ending a significant amount of uncertainty at the time about ownership of two-thirds of the land in the state of Maine, also set the stage for decades of friction. It is in the state and the tribes’ best interest to rebalance this relationship as one of cooperative, self-governing partners. It’s also the right thing to do.”

More work remains as we celebrate Indigenous Peoples’ Day
The history of tribal/state relations affects how people live today and points to what we should do next.

From this editorial from the Portland Press Herald Editorial Board:

“Bills have come before the Legislature to put the tribes in Maine on the same footing as federally recognized tribes in other states, but one was tabled and the other, which would have allowed tribes to regulate gambling on Indian land, was vetoed by Gov. Janet Mills.

At the time, Mills pledged to work with the tribes to overcome her technical objections and address these historical inequities. We urge the administration to continue that work and develop bills that will make a real difference in the lives of tribal people in Maine.”

In this guest editorial, Chief Clarissa Sabattis of the Houlton Band of Maliseets and Chief Kirk Francis of the Penobscot Nation share why passing LD 1626 is the only way to truly honor Wabanaki tribes.

In this guest editorial, former Maine Attorney General and state Senator Michael Carpenter–who supported the Settlements Acts in 1980–explains why he now backs efforts to change them.

“Nothing in life is set in stone. I no longer embrace views I held strongly more than 40 years ago on any number of issues, including how the government-to-government relationship between the tribes and state should be understood and practiced. I’m hopeful LD 1626 , the bill that encompasses the task force’s recommendations will finally be approved by the Legislature and signed into law by Gov. Janet Mills in 2022. LD 1626 provides us the opportunity to right a wrong and restore the full rights of self-determination to the tribes in Maine that are enjoyed by 570 federal tribes across the nation in 49 states.” 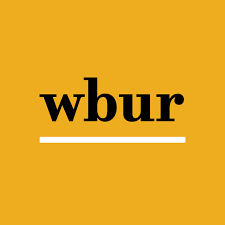 The Quest For Clean Water On Maine Reservation

For decades, members of the Passamaquoddy Tribe have issued a message to family and visitors to their reservation at Pleasant Point in the state of Maine: Don’t drink the water. Residents there have long complained about its color, smell and tests reporting excess levels of contaminants. Recent efforts to improve the water treatment system have some members hopeful that a fix could be on its way. But as Maine Public Radio’s Robbie Feinberg reports, tribal leaders see the solution as a matter of tribal sovereignty.

Listen to the full story 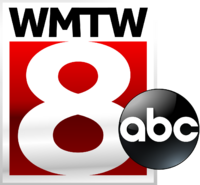 BANGOR, Maine — Members of Maine’s Wabanaki Tribes gathered Sunday at the Bangor Waterfront for a solidarity rally. They used it as an opportunity to engage with the community and educate people on their push for tribal sovereignty.

Watch and read the full story

PATTEN, Maine (AP) — The head of a Canadian mining company has defended comments in which he touted the state of Maine as a good place to do business because of a lack of rights for tribal groups. Wolfden Resources wants to develop a precious minerals mine in rural Maine. The chief executive officer of the company, Ron Little, has faced criticism recently because of comments he made during a 2019 presentation to investors in which he said there are “no indigenous rights in the state of Maine” and that “streamlines the permitting process.”

The Natural Resources Council of Maine, which opposes the mining project, shared the videos with Maine tribes, the Bangor Daily News reported. Penobscot Nation Chief Kirk Francis has described the statement as “obviously not an accurate comment.”

Gov. Mills vetoes bill to provide gaming rights to Maine tribes
Leaders of the 4 tribes reacted harshly to the veto, which was issued just hours before the measure would have become law without the governor’s signature.

AUGUSTA — Gov. Janet Mills vetoed a bill Wednesday that would have allowed Native American tribes in Maine to open casinos or other gambling businesses on their tribal lands. The bill, approved by the Legislature in June, would have ended years of state government opposition to allowing tribes in Maine to open casinos as a means of economic development.

In a lengthy, four-page veto message, Mills detailed her efforts to repair the state’s frayed relationship with the Wabanaki, whose tribes include the Maliseet, the Micmac, the Passamaquoddy and the Penobscot. But Mills said the bill, which would have restored federal gaming rights that were stripped from the tribes in a 1980 law that settled a land dispute between the tribes and the state, was fraught with problems.

Leaders from the four tribes reacted harshly to the veto in a prepared statement issued shortly after the Mills administration released the veto message.