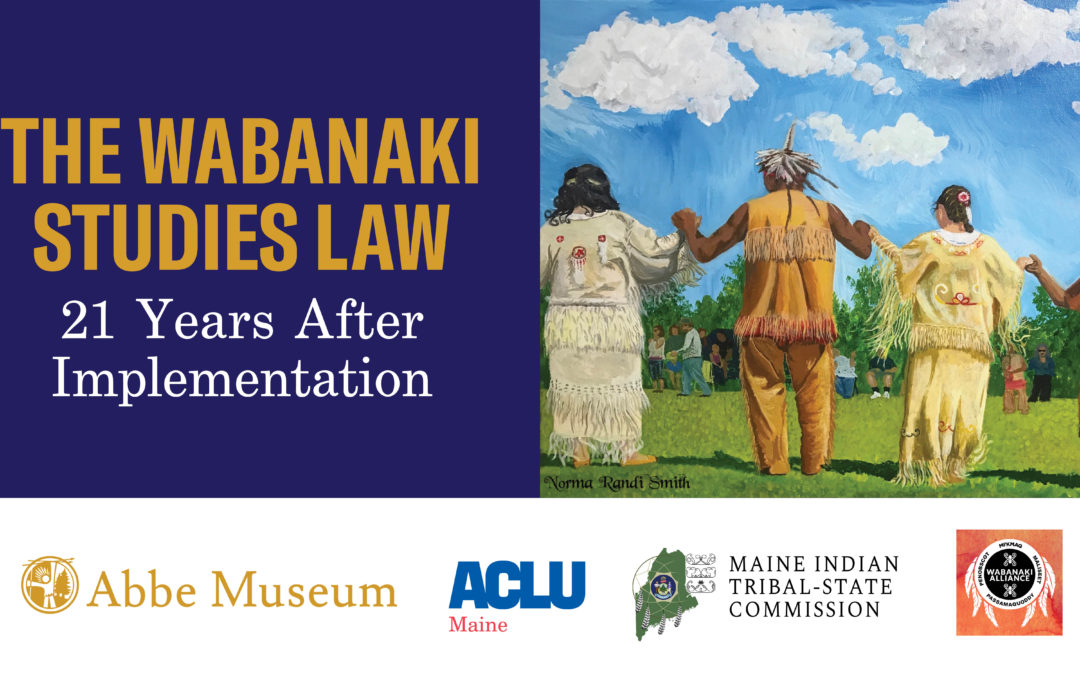 The report will be officially released and discussed at an online event on Indigenous Peoples’ Day, Monday, Oct. 10. The event, which begins at 10 am, is organized by the Abbe Museum, ACLU of Maine, Maine Indian Tribal-State Commission and Wabanaki Alliance. The program will begin with remarks from the Wabanaki Studies Law’s legislative sponsor and author, Hon. Donna Loring, citizen of the Penobscot Nation and former representative of that nation to the Maine House of Representatives. A panel discussion by representatives from each of the co-authoring organizations will follow.

In addition to Loring, participants will include Maulian Dana, Penobscot Nation Ambassador and Board President of the Wabanaki Alliance; Newell Lewey, citizen of Passamaquoddy Tribe and chairperson of the Maine Indian Tribal-State Commission; James Eric Francis, director of the Penobscot Nation Cultural and Historic Preservation Department and member of the Abbe Museum Wabanaki Council; Professor Margo Lukens, member of the Board of Trustees at the Abbe Museum; and Meagan Sway, policy director at the ACLU of Maine. The panel will be moderated by Michael Kebede, policy counsel at the ACLU of Maine, panel moderator

Select the button below to watch a livestream of the event on YouTube.