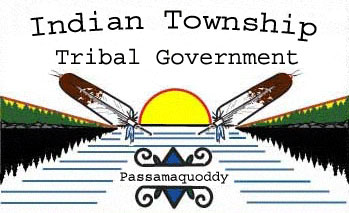 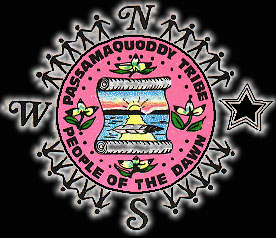 For more information, visit the
Passamaquoddy Tribe at Sipayik

The Passamaquoddy and Penobscot Indians were among the first Native Americans to have contact with Europeans. The wide bays along the Maine coast attracted the attention of fishermen and explorers searching for a sea route through the continent as early as the sixteenth century. Some of these first encounters were friendly, such as Samuel de Champlain’s exploration and settlement of the area in 1604, while others, such as Henry Hudson’s bombardment and looting of a village on the Penobscot River in 1609, were not. Instead of finding the mythical city of Norumbega, reputed to be rich in gold, silver, and pearls, these Europeans encountered an Indian confederacy consisting of twenty-two villages throughout western and central Maine controlled by Bessabez (Bashaba) from his village on the Penobscot River. A series of attacks by Micmacs in 1615 resulted in the death of Bessabez and the collapse of his confederacy, but even greater devastation stemmed from a terrible pandemic in 1617 that wiped out over 75 percent of the inhabitants along the New England coast.

The surviving Passamaquoddies and Penobscots traded furs with competing English and French traders until the French established dominance in the area in the 1630s. The growing dependence of these Indians on trade goods resulted in their involvement in the so-called Beaver Wars with the Iroquois in the 1640s, 1650s, and 1660s, but peaceful relations were maintained with the English until 1677, when a series of atrocities were committed against the Penobscots.

The Penobscots’ and Passamaquoddies’ conversion to Catholicism by French missionaries fostered friendly relations with French officials during the colonial period, and these ties were strengthened by intermarriages, the most famous being that between Baron St.-Castin and Pidiwamiska, a daughter of the Penobscot chief Madockawando, but the degree of French control has been exaggerated. Each of the five wars that occurred on the Maine frontier between 1689 and 1760 resulted from a combination of English insistence on sovereignty over the Indians, disputes concerning subsistence or land, and indiscriminate mutual retaliation.

Most of the frontier incidents that led to the first three wars occurred to the west of the Penobscots and Passamaquoddies, but these Indians were included in blanket declarations of war against all “Eastern Indians.” The third conflict, Dummer’s War (1722-27), resulted in a significant merging of Abenaki refugees into the Penobscot and Passamaquoddy villages and the subsequent extension of English settlements into the Penobscot area. Although plagued by factionalism, these Indians attempted to remain neutral in the last two wars, but mutual distrust, disputes over treaty commitments, and attacks by English scalp hunters in 1745 and 1755 ultimately dragged them into the conflicts.

The strategic location of the Penobscots and Passamaquoddies during the colonial wars and their remoteness from English settlement expansion enabled these Indians to maintain their autonomy and almost all of their land until 1760. In the aftermath of the Seven Years’ War, the English claimed all the tribes’ lands “by right of conquest” because of their alliance with the defeated French, and English settlement quickly spread along the Maine coast. During the Revolutionary War, the Penobscots and Passamaquoddies helped the Americans defend their eastern frontier, but the Indians’ loss of land continued, with large cessions by the Passamaquoddies in 1794 and by the Penobscots in 1796, 1818, and 1833.

First Massachusetts, and then Maine after 1820, acquired this land and administered the affairs of these Indians by right of colonial precedent, ignoring federal law and the initial protests of federal leaders. During the 1820s, 1830s, and 1840s, the Penobscots and Passamaquoddies divided along kinship lines, producing two political groups: the Old Party and the New Party. Emotional disputes over education and traditional lifetime chiefs resulted in the collapse of tribal government, the imposition of state compromises, and a dramatic increase in state control over the Indians, which was not relinquished when tribal factionalism waned after 1860.

For the next century, a state agent handled Indian affairs in accordance with the Indian laws in the state legal code, and state policy was predicated on the assumption that the tribes would gradually disintegrate as individuals left the reservations. Tribal councils were not recognized, tribal governors were rarely consulted, and tribal decisions were thwarted. Additional land was lost as the state legislature reinterpreted treaties or granted long-term leases to non-Indians. Maine was the last state to grant reservation Indians the right to vote (1954), yet, since 1823 and 1842, respectively, the Penobscots and Passamaquoddies have each had a nonvoting representative in the state legislature to articulate their concerns. These individuals, along with tribal activists, ultimately reversed state policy by thwarting termination of the tribes in 1957, gradually increasing tribal authority in the 1960s, and prompting the creation of the first state Department of Indian Affairs in 1965. In the late 1960s, the Passamaquoddies and Penobscots initiated the Maine Indian Land Claims suit, claiming that the land cessions to Massachusetts and Maine had violated the Indian Nonintercourse Act of 1790. Several favorable court rulings prompted a settlement in 1980.