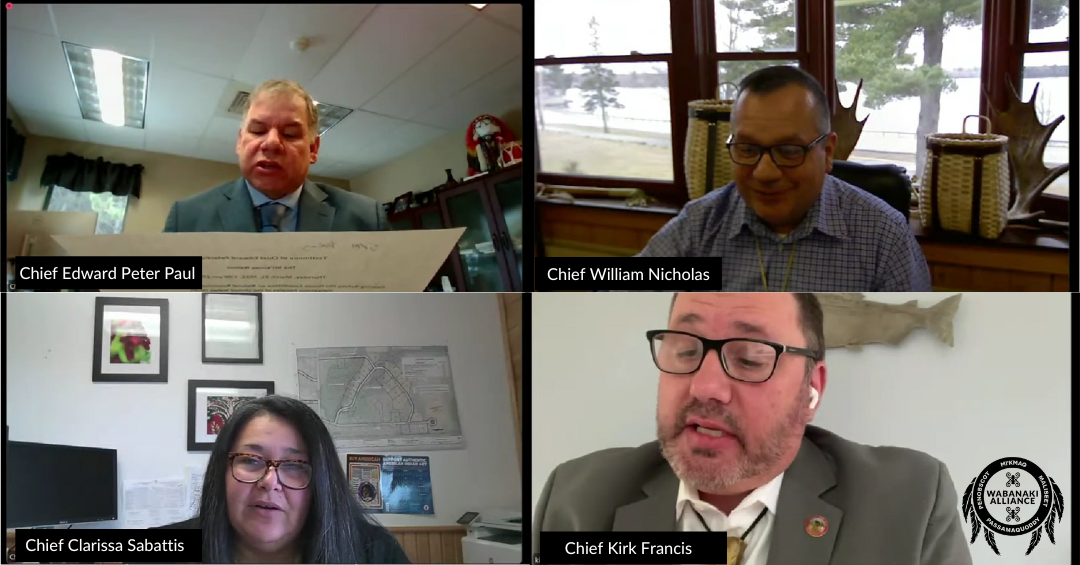 Earlier this year, Rep. Jared Golden introduced HR 6707, a bill to amend the 1980 Maine Indian Claims Settlement Act so that the Wabanaki tribes can benefit from future federal laws that apply to 570 other federally recognized tribes. The measure was ultimately added on to another bill and passed the House with bipartisan support. It awaits action in the Senate.

Because of the 1980 Maine Indian Claims Settlement Act (MICSA), federal Indian laws that benefit all other federally recognized tribes can only apply to Maine if Congress includes an explicit stipulation in the legislation. Enacted in 1980, MICSA extinguished the legal claims of the Passamaquoddy Tribe, Penobscot Nation, and Houlton Band of Maliseet Indians to their historic lands in Maine in exchange for trust funds to allow the tribes to purchase lands and provide general revenue and old-age pensions to their citizens. In addition, MICSA ratified the state-level Maine Implementing Act, which extended state civil and criminal jurisdiction over the tribes. Notably, MICSA also blocked federal laws that benefit Indians from applying to tribes in Maine if the State of Maine claimed the federal law would affect the application of state law, with limited exceptions. As a result, tribes in Maine have been unable to benefit from more than 151 federal laws passed since 1980, including legislation meant to improve public health, respond to natural disasters, promote economic development, and protect the environment.

Earlier this year, Rep. Jared Golden (ME-2) introduced the Advancing Equality for Wabanaki Nations Act (HR 6707), a bill co-sponsored by Rep. Chellie Pingree (ME-1) that would amend MICSA and fix this decades-long injustice. The bill would extend all future federal Indian laws to the Wabanaki tribes and allow the Indian Child Welfare Act (ICWA) to apply to the Houlton Band of Maliseet Indians and the Mi’kmaq Nation in the same way that the law currently applies to the Penobscot Nation and Passamaquoddy Tribe under MICSA. The chiefs of the four Wabanaki Nations testified in support of the bill before the Subcommittee for Indigenous Peoples of the House Natural Resources Committee in March (watch the hearing here) and nearly 2,000 Mainers submitted letters of support to the committee (read some here). The committee advanced the bill to the full House in June. In a welcomed surprise move, the measure was later included in an amendment package in July to the National Defense Authorization Act, which passed with broad bipartisan support. That bill now awaits action in the Senate. Sen. Susan Collins has not made her position public but Sen. Angus King has said he opposes it.

WHAT CAN YOU DO?