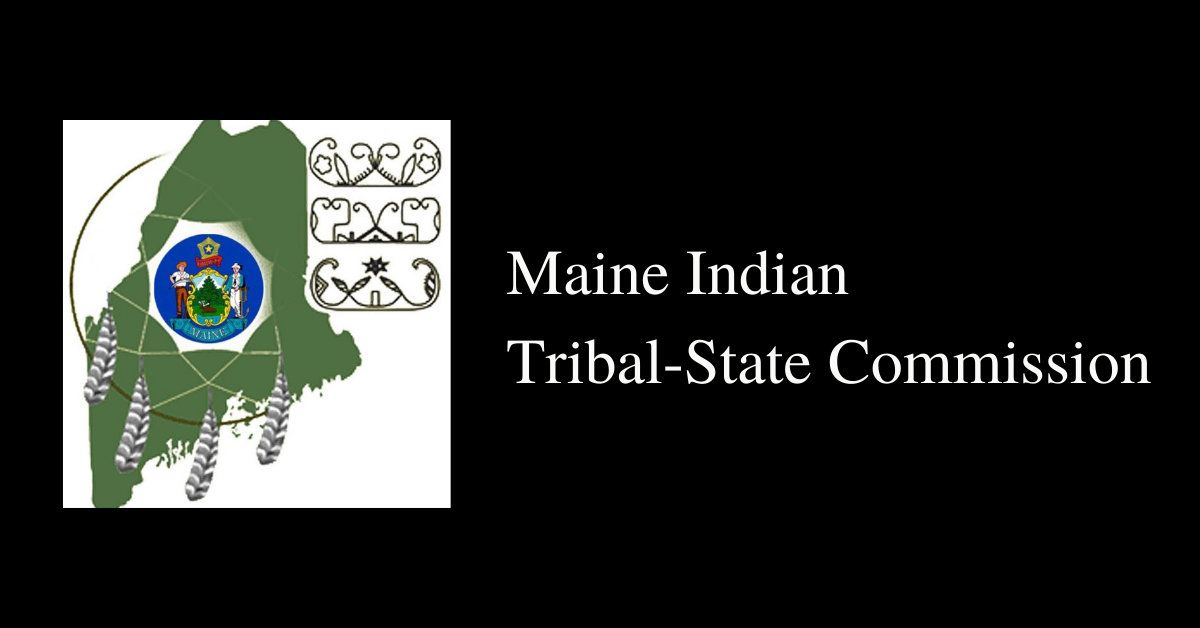 The Maine Indian Tribal-State Commission is recruiting people to be considered for the position of Chair.

What is the Maine Indian Tribal-State Commission?

The Maine Indian Tribal-State Commission (MITSC) was created in 1980 as part of the Maine Indian Claims Settlement, an agreement reached between
the Houlton Band of Maliseet Indians, Passamaquoddy Tribe, Penobscot Nation, State of Maine, and the United States.

MITSC is an independent inter-governmental entity with thirteen members. Six members are appointed by the State, two by the Houlton Band of Maliseet Indians, two by the Passamaquoddy Tribe, and two by the Penobscot Indian Nation. The thirteenth member, who is the Chairperson, is selected by the other twelve members.

MITSC’s principal responsibility is to continually review the effectiveness of the Settlement and the social, economic, and legal relationship between the Houlton Band of Maliseet Indians, Passamaquoddy Tribe, Penobscot Nation and the State. In its broadest sense, MITSC is
tasked with supporting effective Tribal-State relations, and in service of this, emphasizes outreach, networking, and education.

About the Role of Chairperson:

The Chairperson must be a resident of Maine. They serve for four years and may be re-elected. The Chairperson must be committed to taking a balanced and objective approach to their role. One primary responsibility will be to plan for, preside over, and generally facilitate Commission meetings in coordination with the Managing Director.

The Commission anticipates having quarterly public meetings, plus an annual retreat for purposes of work planning. Currently the meetings are being held by Zoom because of the pandemic, with an audio stream available to the public. When feasible, in-person meetings will resume. In the past, MITSC has customarily rotated its meetings between the Tribal communities and Augusta.

As a full voting member of the Commission, the Chairperson is entitled to statutory stipends of $75 for meetings. Travel expenses are reimbursed on request.

To read the Chairperson Position Description, Desired Qualifications, and Informational Material for Applicants, please visit our website mitsc.org and click on the Chairperson link. Applicants are requested to submit a letter of interest, resume, and three references to Paul Thibeault, Managing Director. Applications by email are preferred. Email pthibeault@mitsc.org. The mailing address is Maine Indian Tribal-State Commission, 13 Commissary Point Rd., Trescott Twp., ME 04652